How do I Know if I Should Have my Coins Graded?​

Don Ketterling's grading ability is respected throughout the numismatic community. Since 2011, Don has taught advanced grading to dealers and serious collectors at the ANA Summer Seminar. His adept pre-screening can save you hundreds of dollars that the grading services would charge to grade or return an unworthy coin.
Ask Don First 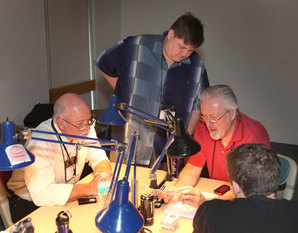 No facet of the rare coin marketplace has experienced greater change than grading. In the early days of rare coin collecting, a coin's condition (or "grade") was strictly a matter personal preference, and consequently, this subjectivity loosely determined the value of one coin compared to another.
Over the years, grading standards began to emerge and evolve, but nearly always, mint-state coins held more value than those that had seen circulation. 50 years ago the terms “Unc.” (uncirculated) and “BU” (brilliant uncirculated) were used for so-called mint-state coins, but often the “Unc.” coin was really circulated. The more accurate term that came about was “Unc. Rub” which today would be an Almost Uncirculated (“AU”) coin.
The first recognized certification service, ANACS, was created by the American Numismatic Association. It was essentially an authentication service to determine whether a particular coin was genuine or counterfeit. Later grading was added using the 70-point system that is still in use today. 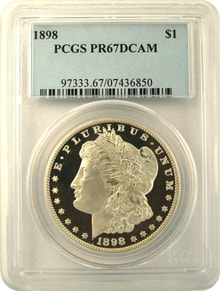 The rare coin world really changed in 1986 with the creation of Professional Coin Grading Service (PCGS) and in 1987 with Numismatic Guaranty Corporation (NGC).  These two grading and authentication services came to be accepted due to the fact that they were backed by a network of dealers who promised to buy coins by posting “sight-unseen” bids. This arms-length grading afforded consumers a level of objectivity. They no longer had to accept dealer claims of a coin's grade, and ultimately, its value.
This grading process was not and still is not without problems and disputes, but no one can say that it hasn’t changed the market for the better, especially where consumer confidence is concerned. One look at current coin values versus pre-grading levels will confirm this advancement. 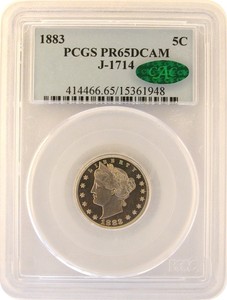 In 2008, Certified Acceptance Corporation (CAC) was founded by a highly-respected professional who had the unique position of having been a founder of both PCGS and NGC. Essentially the goal was to confirm the two services' grades by underscoring their grades using a green CAC sticker on the already-certified coin holder ‒ much like a seal of approval. The advent of CAC has added further refinement to the grading process along with a substantial amount of confidence among consumers. Many hundreds of millions of dollars in rare coins have traded hands with the CAC sticker affixed.
Today, PCGS, NGC and CAC are served by an extensive network of dealers who act as submission centers for the public and non-member dealers. These dealers get no direct compensation in doing so other than to network with possible client-customers and help them submit their coins for certification. Further, they serve as filters for screening out coins that are not suitable for the expense of third-party grading.
Many coins are returned ungraded by the grading services due to a variety of issues that include:
Grading fees range from less than $20 to over $500 per coin depending on many variables, so it is critical to know which coins need to submitted and which ones should be sold or retained sans-certification.
Some coin dealers ‒ the experienced, professional numismatists ‒ are better “screeners” than others, and Don Ketterling is one of the best. It is a very good idea to check with Don before submitting your coins for grading and paying unnecessary fees.
DH Ketterling Consulting is proud to have been one of the original 30 market-makers who approved the original grading set created by PCGS and helped launch it to prominence in 1986. Without those companies who backed their services on a trading network by posting bids, PCGS and NGC could never have reached the worldwide market acceptance they now enjoy. 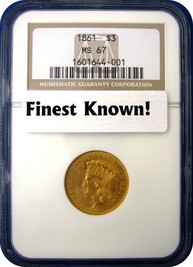 Don Ketterling is known as a skilled grader in his own right and since 2011, he has been invited by the American Numismatic Association to be an instructor for its “Advanced Grading and Problem Coins” course every year at their Summer Seminar in Colorado Springs. The class is among the ANA's most popular and in addition to always being sold out, has graduated many students who have gone on to work for major rare coin firms or with PCGS and NGC as professional graders. 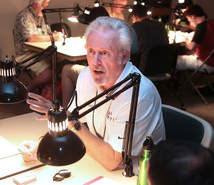 There is much more to grading than filling out the forms and mailing in your coins or currency for certification. At DH Ketterling Consulting, we are available to help you with all aspects of grading, encapsulation, conservation and authenticity, and can be invaluable in helping you get maximum results from your grading dollar and ultimately for your collection. We also offer a selection of fee-based services in conjunction with certification which can add to your bottom line.
DH Ketterling Consulting LLC is an authorized submission center for PCGS, NGC and CAC. In addition, we submit paper money to PCGS Currency and PMG, the only two recognized currency grading services.
Ask Don First